In this three-part lecture series Steve Akers (MET ’94), a Computer Science alum, explains the history, implementation and use of blockchain technology with an emphasis on open, public blockchain systems. Blockchain systems are defined and explained and while open public blockchains (such as those that support Bitcoin and Ethereum) are the emphasis, private blockchains are also defined.  This allows the viewer to recognize the aspects of both types of blockchains and when each may be appropriate for given use cases.

The series is intended to embrace the interests of a wide audience from a variety of disciplines. Those who wish to learn more about blockchain can gain a good understanding of the technology and are not required to have a deep mathematical understanding of cryptography or mathematics. Mr. Akers treats the subject in a conversational manner and cites relevant sources so that the more technical viewer can dive deeper into certain blockchain concepts while the non-technical viewer can comfortably grasp the key ideas underlying blockchain.

The series is offered in three parts in order to present the variety of concepts involved in understanding public ledger systems.

Lecture #1 – Blockchain: “A Most Elegant Solution” 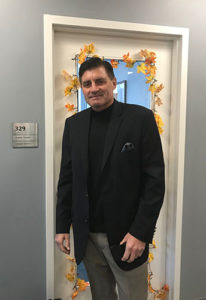 Steve Akers (MET ’94) earned a Master of Science in Computer Science and has worked in the Boston Technology community for many years. His career experience and MET education allowed him the opportunity to participate in the formation and growth of a number of successful companies. He has co-founded one and founded three other technology companies. He has served as the Chief Technology Officer for two public companies. He has participated in the process of defining standards for internet security protocols such as those involving IP security (IPSec) that provide secure VPN technology in many networking products on the market today.

His first start-up was acquired by Lucent Technologies where subsequently Steve served as the Chief Technology Officer for their wireline business (optical, data and voice networking products). His third company was acquired by Bloomberg LP in 2014 where he served as the global head of the analytics team for the Bloomberg Vault compliance business. In this role he managed teams in Cambridge, Massachusetts and New York City producing technology that today evaluates 70-80 million Bloomberg messages a day in “real-time” against multiple compliance criteria. In 2019, he founded his most recent start-up, MaxCogito, Inc, that is developing technology relevant to firms in the financial services industry.

Steve’s career interests have involved cryptography, networking and scalable data analysis so blockchain was a natural technology area for him to pursue. The blockchain lecture series was generously undertaken and produced by Steve for Metropolitan College as a gesture of his appreciation for the opportunities the College has afforded him in his career.

Boston University Metropolitan College thanks Mr. Steve Akers for his most generous gift, and his past and future contributions in furthering the mission of the College.

I always stayed in connection with MET because I gained a lot from the experience of being able to have access to a major research university and all the academic benefits of that while I worked.

Boston University is an accredited member of AACSB International―The Association to Advance Collegiate Schools of Business.

Computer Science & IT degrees are certified by the Committee on National Security Systems (CNSS). 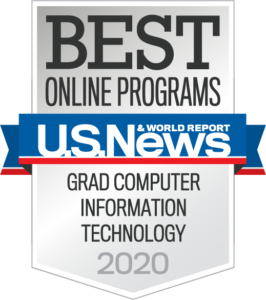 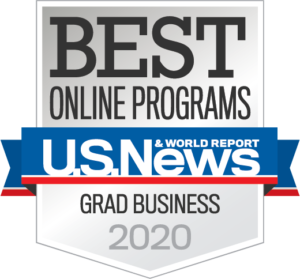